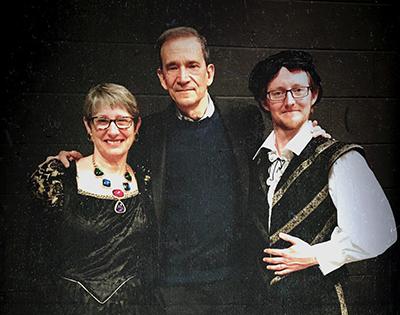 Shakespeare wrote 154 sonnets. The last 27 are about his relationship with a mysterious dark lady. For the first few sonnets, he is completely besotted with her. As the relationship goes south, the sonnets become a litany of pure misery, self-doubt – nasty, mean and pettily vindictive – albeit penned with some of greatest words ever put to paper. No one knows who The Dark Lady was. However, one prospect is Amelia Lanyer – the first published woman poet in the English language.

The story. In 1609 Shakespeare publishes his sonnets – 15 years after his affair would have taken place. What if, Amelia wanders into a shop and finds a newly released volume of sonnets of the now famous William Shakespeare. And what if, upon opening the book, she discovers that her ex-lover has devoted 27 sonnets to their relationship – most of which are quite damning. And given that in their society, everyone knows exactly who they were to each other, what would be her response.

Then, 2 years later, Amelia publishes her first work, Salve Deus Rex Judaeorum. It includes Eve’s Apology. In this section, she summarizes The Fall from Paradise and puts the blame squarely on Adam’s shoulders, not Eve’s – and that the problems of the world are the fault of men, not women.

Today, this passage has become one of the touchstones of modern feminist writings  And Ameila Lanyer is recognized as one of the original, proto-feminist writers. 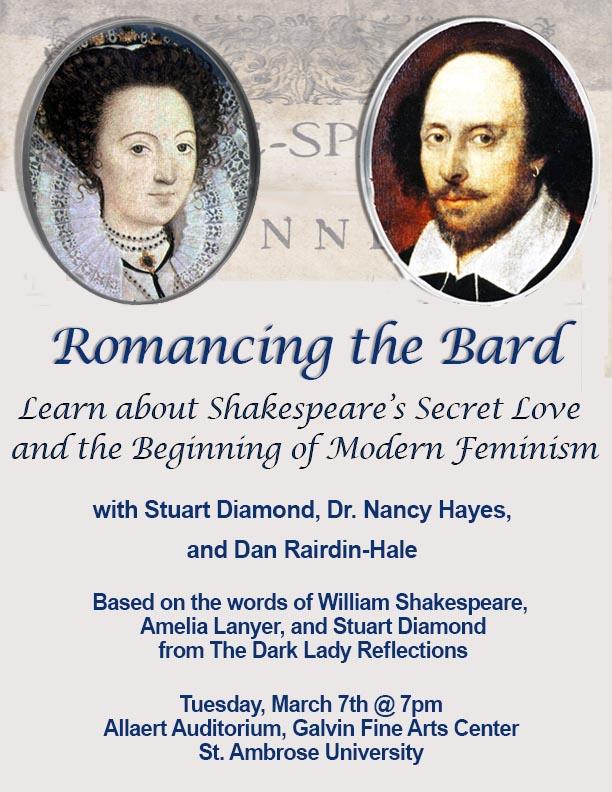